Articoli correlati a Harry Potter and the Deathly Hallows (Film) 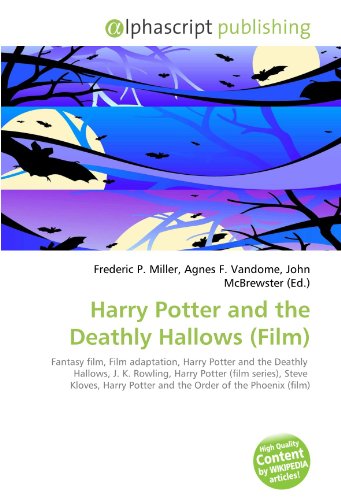 Please note that the content of this book primarily consists of articles available from Wikipedia or other free sources online. Harry Potter and the Deathly Hallows is an upcoming two- part fantasy film adapted from the novel of the same name by J. K. Rowling and scheduled to be released on 19 November 2010 (2010-11-19) (Part I) and 15 July 2011 (2011- 07-15) (Part II). The two movies, Part I and II, will be the final installments in the Harry Potter film series. Both parts are written by Steve Kloves, who wrote all but the fifth film, and directed by David Yates, who directed the previous two films. David Heyman and David Barron are producing both parts. Production shooting began in February 2009 and is expected to end in May 2010