Articoli correlati a Complete Works, The 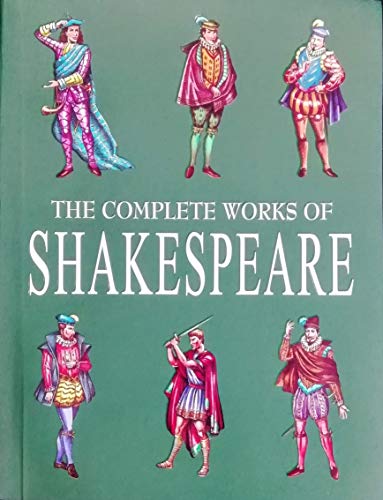 This work has been selected by scholars as being culturally important, and is part of the knowledge base of civilization as we know it. This work was reproduced from the original artifact, and remains as true to the original work as possible. Therefore, you will see the original copyright references, library stamps (as most of these works have been housed in our most important libraries around the world), and other notations in the work.

This work is in the public domain in the United States of America, and possibly other nations. Within the United States, you may freely copy and distribute this work, as no entity (individual or corporate) has a copyright on the body of the work.

As a reproduction of a historical artifact, this work may contain missing or blurred pages, poor pictures, errant marks, etc. Scholars believe, and we concur, that this work is important enough to be preserved, reproduced, and made generally available to the public. We appreciate your support of the preservation process, and thank you for being an important part of keeping this knowledge alive and relevant.

Recensione:
Very considerate price. All the works of Shakespeare is given in the book. I love this book and the contents in it. --ByDr U Prasada Raoon on 8 September 2015

Need I say anything about the bard, whose popularity has spread cutting across regional and cultural lines. Just buy it. --By earnestdiscourse on 12 August 2015
L'autore:
William Shakespeare was born in Stratford-upon-Avon, Warwickshire, in 1564. The date of his birth is not known but is traditionally 23 April, St George's Day. Aged 18, he married a Stratford farmer's daughter, Anne Hathaway. They had three children. Around 1585 William joined an acting troupe on tour in Stratford from London, and thereafter spent much of his life in the capital. A member of the leading theatre group in London, the Chamberlain's Men, which built the Globe Theatre and frequently performed in front of Queen Elizabeth I, Shakespeare wrote 36 plays and much poetry besides. He died in 1616.