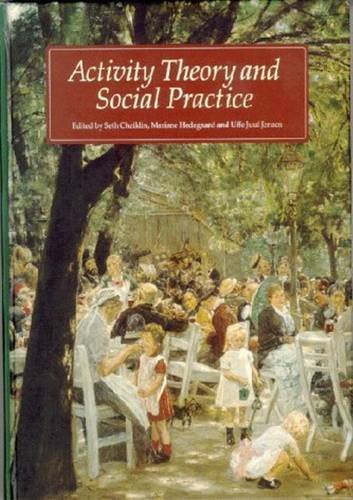 Activity theory and the cultural-historical approach to psychology have their roots in the research of Lev S Vygotsky and Alexei N. Leontiev, starting in the 1920s in the Soviet Union. In the 1970s, this research tradition gained the attention of researchers, especially in Western Europe, and now enjoys expanding attention and interest throughout world. In 1998, the Fourth Congress of the International Society for Activity Theory and Cultural Research was held in Aarhus, Denmark. This quadrennial Congress is an important occasion events in the further development of this tradition. The present volume is based on extensively revised versions of the invited keynote lectures and several invited panel presentations that were presented at the Congress by some of the most prominent researchers working within the tradition. In this volume, one finds comprehensive presentation of some central theoretical topics and problems within the tradition. Highlights include one of Vasily Davydov's last papers in which he proposes a new structure for the study of activity. There are also cogent analyses of activity presented by Peeter Tulviste, Bernd Fichtner, and Vladislav Lektorsky. The volume also includes several examples of current research efforts that are either extend the scope of the theoretical tradition, or present challenges for further development. Highlights include discussions of gender issues by Martha Nussbaum and Vera John-Steiner; infant development by Jerome Bruner; and societal practices by Terence Turner and Ethel Tobach. Finally, several chapters explore topics related to individual development within institutional and societal practices. Highlights include studies of cultural identity in Spain by Amelia Alvarez and Pablo del Rio, the role of culture in school by Mariane Hedegaard, and the dynamics of work organisation by Yrj Engestrm, Ritva Engestrm, & Tarja Vhaho. The volume also includes an introductory chapter by the editors which presents some of the historical development of the Congresses, and provides a perspective on the chapters for further research, as well as a memoir by Vygotsky's daughter, Ghita Vygotskaya, who lovingly presents a personal view of her father and his research. In short, this volume presents a good picture of where activity theory and cultural-historical psychology has been and where it is moving.

Descrizione libro Condizione: Good. This is an ex-library book and may have the usual library/used-book markings inside.This book has soft covers. In good all round condition. Please note the Image in this listing is a stock photo and may not match the covers of the actual item,900grams, ISBN:9788772889559. Codice articolo 8583006