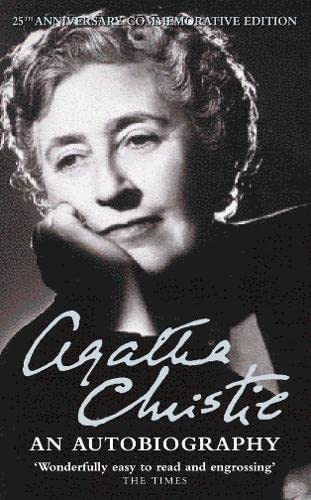 A new-look printing of Agatha Christie’s ‘most absorbing mystery’ to mark the 25th anniversary of her death.

Agatha Christie died on 12 January 1976, having become the best-selling novelist in history. Her autobiography, published in 1977 a year after her death, tells of her fascinating private life, from early childhood through two marriages and two World Wars, and her experiences both as a writer and on archaeological expeditions with her second husband, Max Mallowan. Not only does the book reveal the true genius of her legendary success, but the story is vividly told and as captivating as one of her novels.

‘Wonderfully easy to read and engrossing.’
The Times

‘The best thing she has ever written.’
Woman’s Own

‘Agatha Christie’s most absorbing mystery – the story of her own unusual life. She has put it all on record: her early romances; a broken (and a happy) marriage; strange events on the path to roaring success.’
Daily Mail

‘A wonderful book – written with a delight in the gradual unfolding of 75 years through the eyes of an exceptional old lady and writer.’
Financial Times

Born in Torquay in 1890, Agatha Christie began writing during the First World War and wrote over 100 novels, plays and short story collections. She was still writing to great acclaim until her death, and her books have now sold over a billion copies in English and another billion in over 100 foreign languages. Yet Agatha Christie was always a very private person, and though Hercule Poirot and Miss Marple became household names, the Queen of Crime was a complete enigma to all but her closest friends.