Articoli correlati a The moving finger 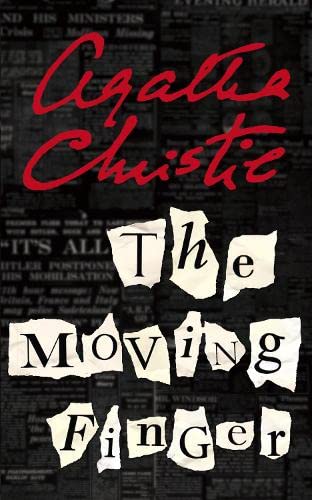 Lymstock is a town with more than its share of shameful secrets – a town where even a sudden outbreak of anonymous hate-mail causes only a minor stir.

But all that changes when one of the recipients, Mrs Symmington, commits suicide. Her final note said ‘I can’t go on’. Only Miss Marple questions the coroner’s verdict of suicide. Was this the work of a poison-pen? Or of a poisoner?

‘Beyond all doubt the puzzle in The Moving Finger is fit for experts.’
The Times