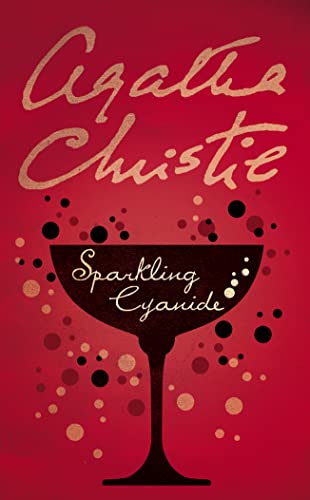 A beautiful heiress is fatally poisoned in a West End restaurant...

Six people sit down to dinner at a table laid for seven. In front of the empty place is a sprig of rosemary – in solemn memory of Rosemary Barton who died at the same table exactly one year previously.

No one present on that fateful night would ever forget the woman’s face, contorted beyond recognition – or what they remembered about her astonishing life.

“SPARKLING CYANIDE is the one ... which I should take with me to a desert island; for I find in it a seriousness and a psychological insight unparalleled in the author’s other works.’ Times Literary Supplement

Agatha Christie was born in Torquay in 1890 and became, quite simply, the best-selling novelist in history. Her first novel, The Mysterious Affair at Styles, written towards the end of the First World War, introduced us to Hercule Poirot, who was to become the most popular detective in crime fiction since Sherlock Holmes. She is known throughout the world as the Queen of Crime. Her books have sold over a billion copies in the English language and another billion in 100 foreign languages. She is the author of 80 crime novels and short story collections, 19 plays, and six novels under the name of Mary Westmacott.