Articoli correlati a Queen Anne: The Politics of Passion

Queen Anne: The Politics of Passion 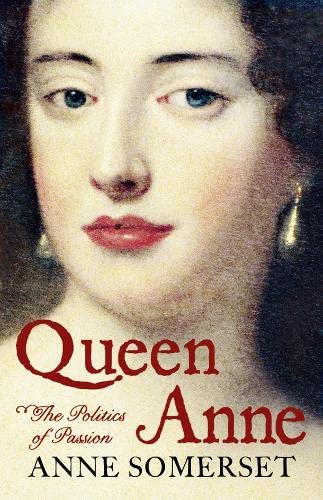 Queen Anne was one of Britain’s most remarkable monarchs. With a personal life riven by passion, illness and intrigue – she presided over some of the most momentous events in British history. Like books by Antonia Fraser or Amanda Foreman and based on years of original research, Queen Anne is historical biography at its best.

In 1702, fourteen years after she helped oust her father from his throne and deprived her newborn half-brother of his birthright, Queen Anne inherited the crowns of England and Scotland. Childless, despite seventeen pregnancies that had either ended in failure or produced heartrendingly short-lived offspring, in some respects she was a pitiable figure. But against all expectation she proved Britain’s most successful Stuart ruler.

Her reign was marked by many triumphs, including union with Scotland and glorious victories in war against France. Yet while her great general, the Duke of Marlborough, was performing feats of military genius, Anne’s relationship with his outspoken wife Sarah was becoming ever more rancorous. Political differences partly explained why the Queen’s earlier adoration for Sarah transformed to loathing, but the final rupture was precipitated by Sarah’s startling claim that it was the Queen’s lesbian infatuation with another lady-in-waiting, Abigail Masham, that had destroyed their friendship.

Drawing widely on unpublished sources, Anne Somerset vividly depicts the clashes of personality and party rivalries that aroused such strong feelings at the time. Traditionally depicted as a weak ruler dominated by female favourites and haunted by remorse at having deposed her father, Queen Anne emerges as a woman whose unshakeable commitment to duty enabled her to overcome private tragedy and painful disabilities, setting her kingdom on the path to greatness.

“The formidable Anne Somerset ....in this admirably objective study sets out to rescue Anne’s unfortunate reputation from her critics....and restate the case for this shy and sickly ruler as one of our most unexpectedly effective monarchs....It has taken immense patience and skill ....to create a new and subtler image of the last of the Stuart monarchs. Anne Somerset has done a real service both to us and to her namesake” Sunday Times

“With a great deal of literary panache ... Queen Anne emerges as intelligent and sympathetic despite the cruelty of her gynaecological history” Antonia Fraser, Sunday Telegraph, Books of the Year

“One of the most enjoyable biographies I’ve read in the past year, elegantly written and with an encyclopaedic grasp of the period. I loved every page of it....Somerset guides us expertly and effortlessly through the labyrinthine party politics of the reign....with flair and scholarship” Literary Review

“This magisterial new biography paints a fascinating picture of an often-overlooked monarch....on the basis of this incisive and compelling portrait, none could argue that she did not keep the interests of her people close to her heart” Country Life

Anne Somerset is the acclaimed biographer of Elizabeth I and the author of many books including Unnatural Murder, an account of the sensational Overbury murder, which was shortlisted for the Crime Writers Association Gold Dagger award for non-fiction; and The Affair of the Poisons: Murder, Infanticide and Satanism at the Court of Louis XIV.