Articoli correlati a Bring Up the Bodies: The Booker Prize Winning Sequel...

Bring Up the Bodies: The Booker Prize Winning Sequel to Wolf Hall (The Wolf Hall Trilogy) 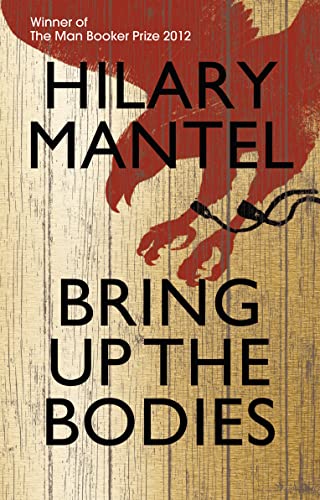 Winner of the Man Booker Prize 2012

Winner of the 2012 Costa Book of the Year

Shortlisted for the 2013 Women’s Prize for Fiction

‘Simply exceptional...I envy anyone who hasn’t yet read it’Daily Mail

‘A gripping story of tumbling fury and terror’Independent on Sunday

With this historic win for Bring Up the Bodies, Hilary Mantel becomes the first British author and the first woman to be awarded two Man Booker Prizes.

By 1535 Thomas Cromwell is Chief Minister to Henry VIII, his fortunes having risen with those of Anne Boleyn, the king’s new wife. But Anne has failed to give the king an heir, and Cromwell watches as Henry falls for plain Jane Seymour. Cromwell must find a solution that will satisfy Henry, safeguard the nation and secure his own career. But neither minister nor king will emerge unscathed from the bloody theatre of Anne’s final days.

An astounding literary accomplishment, Bring Up the Bodies is the story of this most terrifying moment of history, by one of our greatest living novelists.

‘This is a bloody story about the death of Anne Boleyn, but Hilary Mantel is a writer who thinks through the blood. She uses her power of prose to create moral ambiguity and the real uncertainty of political life ... She has recast the most essential period of our modern English history; we have the greatest modern English prose writer reviving possibly one of the best known pieces of English history’ Sir Peter Stothard, Chair of the judges for the Man Booker Prize 2012

‘Simply exceptional ... I envy anyone who hasn’t yet read it’ Sandra Parsons, Daily Mail

‘In another league. This ongoing story of Henry VIII’s right-hand man is the finest piece of historical fiction I have ever read. A staggering achievement’ Sarah Crompton, Sunday Telegraph

‘Succeeds brilliantly in every particle ... it’s an imaginative achievement to exhaust superlatives’ Spectator

‘Wolf Hall was a tour de force, but its sequel is leaner, more brilliant, more shocking than its predecessor’ Erica Wagner, The Times

‘Picks up the body parts where Wolf Hall left off ... literary invention does not fail her: she's as deft and verbally adroit as ever’ Margaret Atwood, Guardian

‘Mantel in the voice of Cromwell is inspired. When she is in full flow as a novelist, creating scenes and inventing dialogue, she is more convincing than rendering a recorded scene from history’ Philippa Gregory, Sunday Express

‘Don’t think you can start this book whenever you feel like it – plan ahead, as, once started, it’s impossible to escape its grip, and until it’s finished, you won’t get any sleep’ Country Life

Hilary Mantel is the author of thirteen books , including A PLACE OF GREATER SAFETY, BEYOND BLACK, the memoir GIVING UP THE GHOST, and the short story collection THE ASSASSINATION OF MARGARET THATCHER. Her two most recent novels, WOLF HALL and its sequel BRING UP THE BODIES, have both been awarded the Man Booker Prize – an unprecedented achievement.

1. Bring Up the Bodies

2. Bring up the Bodies

3. Bring Up the Bodies

4. Bring Up the Bodies

5. Bring Up the Bodies (The Wolf Hall Trilogy)

6. Bring Up the Bodies (The Wolf Hall Trilogy)

7. Bring up the Bodies (The Wolf Hall Trilogy)

8. Bring Up the Bodies

9. Bring Up the Bodies

10. Bring Up the Bodies (Hardcover)