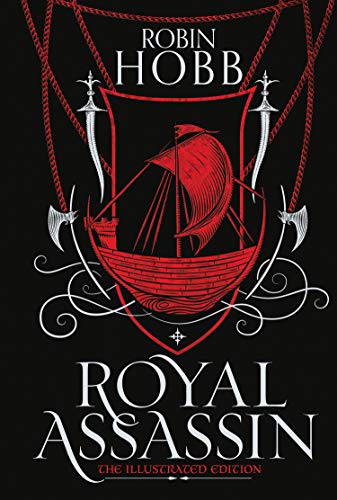 Descrizione libro HarperCollins Publishers, United Kingdom, 2020. Hardback. Condizione: New. Magali Villeneuve (illustratore). Illustrated edition. Language: English. Brand new Book. A richly illustrated anniversary edition from the beloved Farseer Trilogy, hailed by George R.R. Martin as 'fantasy as it ought to be written', and by Lin-Manuel Miranda as 'an incredible series'. FitzChivalry Farseer and the Fool are back again in book two of the beloved saga, full of adventure, magic, and sinister plots. A quarter-century after the original publication of the Farseer Trilogy, these special editions present Robin Hobb's modern classics as never before: in gorgeous hardcover editions, with ten beautiful full-colour illustrations by Magali Villeneuve. As Royal Assassin begins, Fitz has survived his first hazardous mission as king's assassin, but is left little more than a cripple. Battered and bitter, he vows to abandon his oath to King Shrewd and to remain in the distant mountains. But love and events of terrible urgency draw him back to the court at Buckkeep, and into the deadly intrigues of the royal family. Renewing their vicious attacks on the coast, the Red-Ship Raiders leave burned-out villages and demented victims in their wake. The kingdom is also under assault from within, as treachery threatens the throne of the ailing king. In this time of great danger, the fate of the kingdom may rest in Fitz's hands - and his role in its salvation may require the ultimate sacrifice. Codice articolo AA89780008412777