Articoli correlati a The Great Gatsby 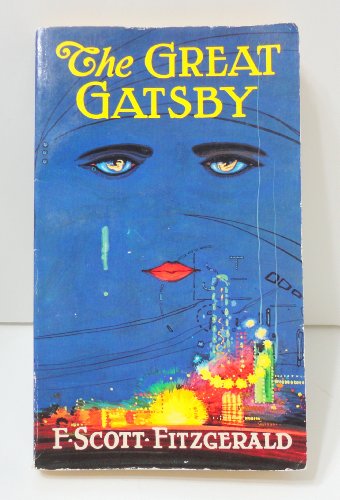 The Great Gatsby is regarded as "The Great American Novel". A first edition of "The Great Gatsby" came up for auction on June 10, 2009 and was knocked down for the astounding price of $155,000. The picture in that auction catalog has been used to create the cover of this reprint. The cover is the most famous part of the book. The cover of The Great Gatsby is among the most celebrated pieces of jacket art in American literature. Francis Cugat was commissioned to illustrate the book while Fitzgerald was in the midst of writing it. The cover was completed before the novel, with Fitzgerald so enamored of it that he told his publisher he had written it into the novel. Little is known of Francis Cugat other than that he was the older brother of famous Cuban bandleader Xavier Cugat.

Francis Scott Key Fitzgerald (born September 24, 1896 – died December 21, 1940) was a writer of novels and short stories. He is widely regarded as one of the twentieth century's greatest writers. However, neither he nor this book were so highly regarded in his lifetime. The Great Gatsby was not popular upon initial printing, selling fewer than 25,000 copies during the remaining fifteen years of Fitzgerald's life. Many copies remained unsold when Fitzgerald died in 1940 and he had been largely forgotten. Many of his obituaries mentioned Gatsby as evidence that he had great potential that he never reached. After his death interest in this novel developed. Three movie versions have been made as well as numerous TV shows. Perhaps the timeless themes of love and betrayal, of men and women ignoring the bonds of marriage and seeking new and re-seeking old lovers, have brought this to the fore, not to mention the tragic end.