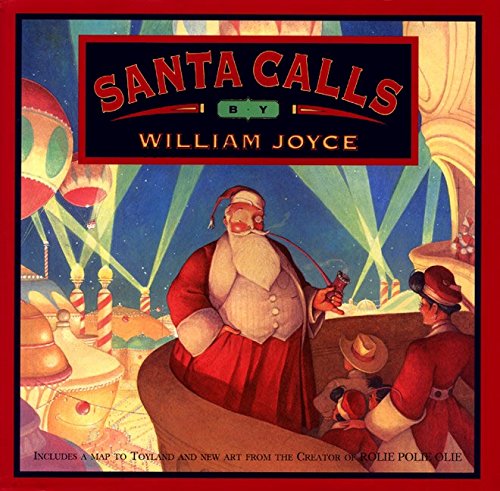 Art Atchinson Aimesworth--inventor, crime fighter, and all-around whiz kid--receives a mysterious summons from Santa Claus and shares a Christmas adventure with his sister Esther that brings them closer together.

William Joyce lives in Shreveport, Louisiana, with his lovely wife, Elizabeth, and their children, Mary Katherine and Jack. They also have a dachshund named Rose and something else named Rex. Mr. Joyce has produced two animated television shows based on his books: Rolie Polie Olie and George Shrinks. He also produced and designed the animated feature film Robots. Every once in a while he does a cover for The New Yorker. His alarmingly optimistic picture books include Dinosaur Bob and His Adventures with the Family Lazardo, Santa Calls, The Leaf Men and the Brave Good Bugs, and Bently & Egg.He is currently futzing around on several books and stories that embrace the alleged healing power of heroically scaled silliness.

The best of the old, the best of the new, the best that is yet to be-that's how the glittering city of Toyland, home of Santa and Mrs. Claus, is described to Art Atchinson Aimesworth, inventor, crime fighter, and all-around whiz kid, who, with his sister Esther and his pal Spaulding, journeys North by special invitation from Santa himself. But why did Santa call? This truly Joyce-ian crusade features villiains and swashbuckling adventure, concluding with a most spectacular and touching Christmas celebration.