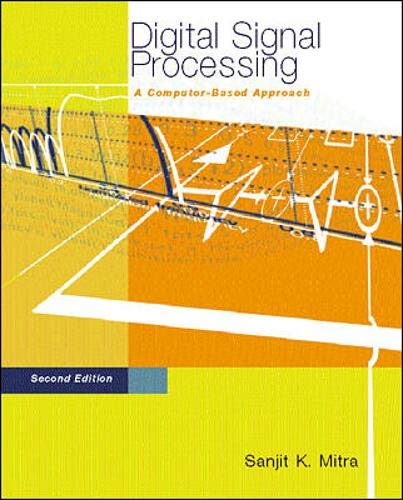 "Digital Signal Processing: A Computer-Based Approach" is intended for a two-semester course on digital signal processing for seniors or first-year graduate students. Based on user feedback, a number of new topics have been added to the second edition, while some excess topics from the first edition have been removed. The author has taken great care to organize the chapters more logically by reordering the sections within chapters. More worked-out examples have also been included. The book contains more than 500 problems and 150 MATLAB exercises.

Sanjit Mitra, Ph.D., University of California, Berkeley. Professor Mitra transferred to UCSB in July 1977 after 10 years at UC Davis. He obtained his B.Sc. with honors in Physics (1953) and the M.Sc. (Tech.) in Radio Physics and Electronics (1956) in India. He then obtained his M.S. (1960) and Ph.D. (1962) in electrical engineering from UC Berkeley. He has published over 600 papers in the areas of analog and digital signal processing, and image processing. He has also authored and co-authored twelve books, and holds five patents. Dr. Mitra has served IEEE in various capacities including service as the President of the IEEE Circuits & Systems Society in 1986, and has held visiting appointments in Australia, Austria, Finland, India, Japan, Singapore and the United Kingdom.