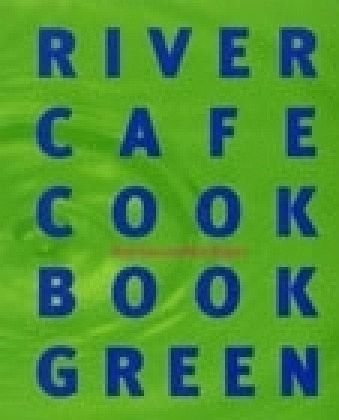 Ruth Rogers and Rose Gray have an unswervingly clear vision of how food should be cooked: they take immense care over the ingredients and cook them as simply as possible. But one vitally important element in the art of preparing good food is one which we have increasingly lost sight of: seasonality. If you cook food in its right season it will inevitably taste better. And that's what River Cafe Cookbook Green is all about.

Divided into months, the twelve chapters look at which vegetables, herbs, leaves, fungi and fruits are at their best at any given time, with information on how they are grown, which varieties to select and how to prepare them. The focus is also on organic produce, something in which Ruth and Rose have come to believe passionately. Meat and fish recipes are certainly included in the book, but the emphasis here is much more on vegetables, pasta recipes etc, in line with the way we are increasingly eating today.

Fully illustrated throughout, and even larger than before, this cookbook is an education as well as a culinary treasure-trove.

"Like Jane Grigson's Vegetable Book, written way ahead of its time, I have a hunch that this willl turn out to be similarly far-sighted." (Harpers & Queen)

"this is as dazzling and imaginative a collection of vegetable recipes as you are ever likely to find in one book...it has barely left my kitchen all summer" (Nigel Slater, The observer)

"It is the most wonderful book - it looks beautiful and makes you want to get chopping and stirring and picking and eating straight away" (Nigella Lawson, Vogue)

"Their two astonishingly successful books have already sold over a million, but in many ways the latest is the best of the lot." (Sunday Express)