Articoli correlati a The martian: Stranded on Mars, one astronaut fights...

Weir, Andy The martian: Stranded on Mars, one astronaut fights to survive

The martian: Stranded on Mars, one astronaut fights to survive 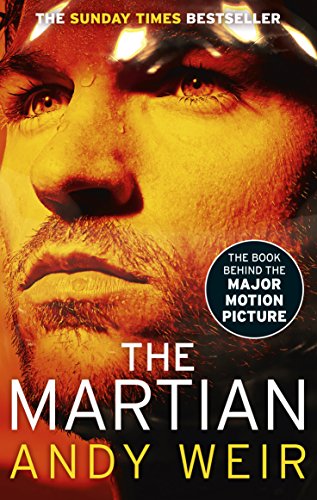 Robinson Crusoe on Mars
**Andy Weir's second novel Artemis, a high concept thriller set on the moon, is out now**

A survival story for the 21st century and the international bestseller behind the major film from Ridley Scott, starring Matt Damon and Jessica Chastain.

I have no way to communicate with Earth.

I’m in a Habitat designed to last 31 days.

If the Oxygenator breaks down, I’ll suffocate. If the Water Reclaimer breaks down, I’ll die of thirst. If the Hab breaches, I’ll just kind of explode. If none of those things happen, I’ll eventually run out of food and starve to death.

"Watney's gallows humour and his brushes with death as he uses every ounce of his intelligence and astronaut's training to claw his way out of the pit will have you laughing and gasping by turns. I read this book in a weekend. I didn't think I'd have the time to - but Andy Weir's edge-of-the-seat storytelling didn't leave me any choice." (Richard Madeley, Richard and Judy Book Club)

"Andy Weir's terrific 'lost in space' novel is an absolute page turner from first to last ... Tautly-written, full of extraordinary and fascinating detail about life in a frozen red desert so far from home, The Martian is one of the best thrillers either of us has read in years. Highly recommended." (Judy Finnigan, Richard and Judy Book Club)

"The best book I've read in ages. Clear your schedule before you crack the seal. This story will take your breath away faster than a hull breech. Smart, funny, and white-knuckle intense, The Martian is everything you want from a novel." (Hugh Howey New York Times bestselling author of Wool)

"Accomplished...believable but suspenseful as [Watney] battles against the odds for survival" (The Guardian)

"A book I just couldn’t put down! It has the very rare combination of a good, original story, interestingly real characters and fascinating technical accuracy...reads like MacGyver meets Mysterious Island." (Astronaut Chris Hadfield Commander of the International Space Station and author of An Astronaut’s Guide to Life on Earth)

"The amount of research here is astounding. We’re suckers for well-grounded fiction, and on the technical side, The Martian is exemplary ... witty ... funny" (SFX)

"The Martian kicked my ass! Weir has crafted a relentlessly entertaining and inventive survival thriller, a MacGyver-trapped-on-Mars tale that feels just as real and harrowing as the true story of Apollo 13." (Ernest Cline New York Times bestselling author of Ready Player One)

Descrizione libro 2014. Paperback. Condizione: New. Paperback. Robinson Crusoe on Mars**Andy Weir's second novel Artemis, a high concept thriller set on the moon, is out now**A survival story for the 21st century and the international bestseller behin.Shipping may be from multiple locations in the US or from the UK, depending on stock availability. 384 pages. 0.260. Codice articolo 9780091956141