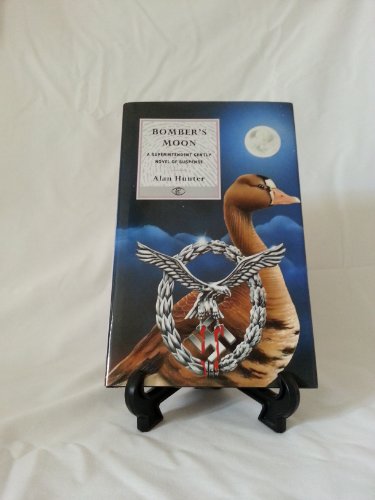 Alan Hunter was born in Hoveton, Norfolk in 1922. He left school at the age of 14 to work on his father's farm, spending his spare time sailing on the Norfolk Broads and writing nature notes for the Eastern Evening News. He also wrote poetry, some of which was published while he was in the RAF during World War II. By 1950, he was running his own book shop in Norwich and in 1956, he wrote the first of 45 George Gently novels. He died in 2005 aged 82.

Descrizione libro Constable, 1994. Hard Cover. Condizione: Fine. Condizione sovraccoperta: Fine. 1st Edition. Black Boards with silver lettering to spine. Pages are clean and firm binding . Dust jacket is not clipped. Book and jacket are in fine unread condition. Professional seller. All pictures are of the actual book that is for sale. Books are dispatched in cardboard packaging and dust jackets are placed in removable protective covers. Codice articolo s10933

Descrizione libro Hardback. Condizione: Good. The book has been read but remains in clean condition. All pages are intact and the cover is intact. Some minor wear to the spine. Codice articolo GOR001025388

Descrizione libro Constable, 1994. Hardcover. First edition. HC published by Constable in London in 1994. Ex-library, from a library in UK, no dust jacket, and with the usual library markings. Back cover has tape on outside and inside, and side edge of pages has some insect damage. Binding is cocked. Pages have some tanning at top.; Fiction - crime & suspense; 8.58 X 5.75 X 0.94 inches; 192 pages. Codice articolo HWH-00344

Descrizione libro Constable and Company Ltd, 1994. Hardcover. Condizione: VERY GOOD. Pages are intact and are not marred by notes or highlighting, but may contain a neat previous owner name. The spine remains undamaged. Codice articolo 0094737304_abe_vg