Articoli correlati a To Sir With Love

To Sir With Love 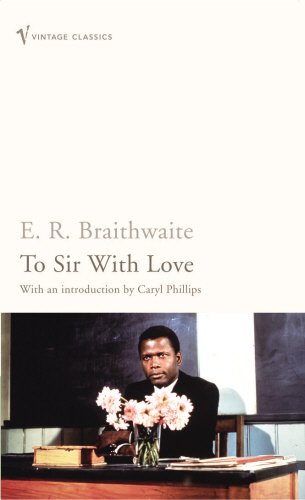 When a woman refuses to sit next to him on the bus, Rick Braithewaite is saddened and angered by her prejudice. In post-war cosmopolitan London he had hoped for a more enlightened attitude. When he begins his first teaching job in a tough East End school the reactions are the same. Slowly and painfully some of the barriers are broken down. He shames his pupils, wrestles with them, enlightens them and eventually comes to love them. To Sir With Love is the story of a dedicated teacher who turns hate into love, teenage rebelliousness into self-respect, contempt into consideration for others - the story of a man's own integrity winning through against all the odds.

"A book that the reader devours quickly, ponders slowly, and forgets not at all-Moving and inspiring" (New York Times)

"E.R. Braithwaite's postwar novel about a black teacher fighting to win the respect of white pupils in a school in the East End of London is a milestone in the campaign for racial equality" (Guardian)

"It is the noblest, most moving, least sentimental account of life in a modern school and of a teacher's struggles with his pupils and with himself that I have come across" (Michael Croft Observer)

The inspirational story of one man overcoming prejudice in a tough East End school.