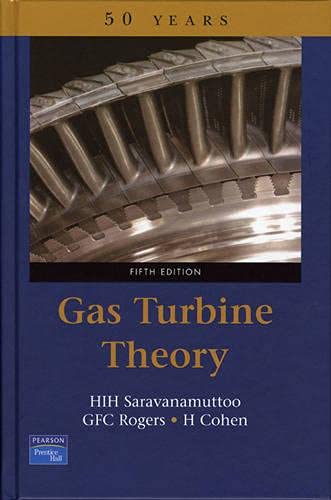 This is the 50th Anniversary edition of this established title. This text places the theory of gas turbines in the context of the practical realities facing aerospace, mechanical, and industrial designers. There is a strong emphasis on describing the physical reasons for solutions to design problems using practical examples. When the First Edition of this book was written in 1951, the gas turbine was just becoming established as a powerplant for military aircraft. It took another decade before the gas turbine was introduced to civil aircraft, and this market developed so rapidly that the ocean liner was rendered obsolete. Other markets like naval propulsion, pipeline compression and electrical power applications grew steadily. In recent years the gas turbine, in combination with the steam turbine, has played an ever-increasing role in power generation. Despite the rapid advances in both output and efficiency, the basic theory of the gas turbine has remained unchanged. The layout of this new fifth edition is broadly similar to the original, but greatly expanded and updated, comprising an outline of the basic theory, aerodynamic design of individual components, and the prediction of off-design performance. Descriptions of engine developments and current markets make this book useful to both students and practising engineers.

Descrizione libro Prentice Hall. soft cover. Condizione: New. International Edition. No supplemental materials. International Editions may have a different cover or ISBN but generally have the exact same content as the US edition, just at a more affordable price. In some cases, end of chapter questions may vary slightly from the US edition. International Editions are typically printed in grayscale, and likely will not have any color throughout the book. New. Books ship from multiple locations depending on availability. All orders are shipped with tracking information. We take pride in our customer service. Please contact us if you have any questions regarding this listing. Codice articolo 10254