Articoli correlati a A History Of Japanese Art

A History Of Japanese Art 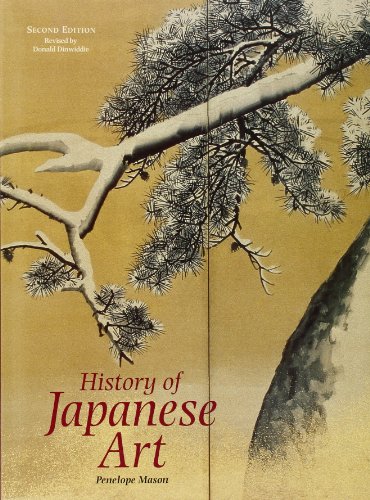 Published jointly by Prentice Hall and Harry N. Abrams, Inc., this second edition of the comprehensive history of Japanese art from 10,500 B.C.E. now extends beyond 1945,  tying together more closely the development of all the media within a well-articulated historical and social context. Features a comprehensive survey of Japanese art and culture, now with 67 new color and 52 new black and white illustrations including other art forms such as calligraphy, lacquer, metalwares, ceramics, and textiles. For art enthusiasts interested in far eastern art.

Japanese art, like so many expressions of Japanese culture, is fascinatingly rich in its contrasts and paradoxes. Since the country opened its doors to the outside world in the mid-nineteenth century. Japanese art and culture have enjoyed an immense popularity in the West. When in 1993 renowned scholar Penelope Mason wrote the the first edition of History of Japanese Art, it was the first such volume in thirty yearsto chart a detailed overview of the subject. It remains the only comprehensive survey of its kind in English. This second edition ties together more closely the development of all the media within a well-articulated historical and social context.

New to the Second Edition