Donovan, Alan A. A. The Go Programming Language [Lingua inglese] 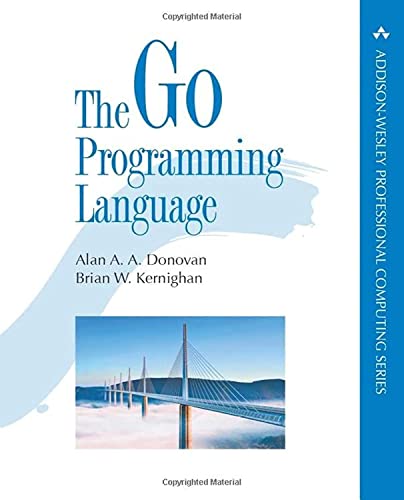 The Go Programming Language is the authoritative resource for any programmer who wants to learn Go. It shows how to write clear and idiomatic Go to solve real-world problems. The book does not assume prior knowledge of Go nor experience with any specific language, so you’ll find it accessible whether you’re most comfortable with JavaScript, Ruby, Python, Java, or C++.

The book features hundreds of interesting and practical examples of well-written Go code that cover the whole language, its most important packages, and a wide range of applications. Each chapter has exercises to test your understanding and explore extensions and alternatives. Source code is freely available for download from http://gopl.io/ and may be conveniently fetched, built, and installed using the go get command.

Alan A. A. Donovan is a member of Google’s Go team in New York. He holds computer science degrees from Cambridge and MIT and has been programming in industry since 1996. Since 2005, he has worked at Google on infrastructure projects and was the co-designer of its proprietary build system, Blaze. He has built many libraries and tools for static analysis of Go programs, including oracle, godoc -analysis, eg, and gorename.

Brian W. Kernighan is a professor in the Computer Science Department at Princeton University. He was a member of technical staff in the Computing Science Research Center at Bell Labs from 1969 until 2000, where he worked on languages and tools for Unix. He is the co-author of several books, including The C Programming Language, Second Edition (Prentice Hall, 1988), and The Practice of Programming (Addison-Wesley, 1999).

Descrizione libro Paperback. Condizione: New. Paperback. The book will quickly get students started using Go effectively from the beginning, and by the end, they will know how to use it well to write clear, idiomatic and efficient programs to so.Shipping may be from multiple locations in the US or from the UK, depending on stock availability. 400 pages. 0.680. Codice articolo 9780134190440