Articoli correlati a Computer Networking: A Top-Down Approach: A Top-Down... 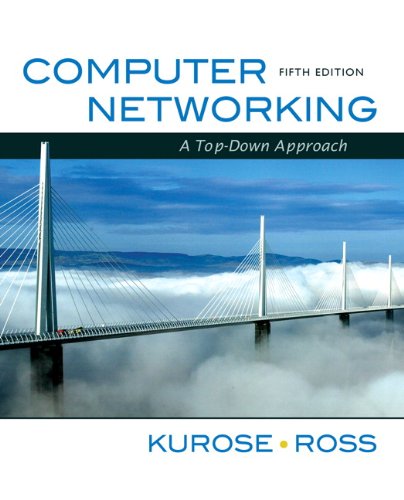 Building on the successful top-down approach of previous editions, the Fifth Edition of Computer Networking continues with an early emphasis on application-layer paradigms and application programming interfaces, encouraging a hands-on experience with protocols and networking concepts. With this edition, Kurose and Ross have revised and modernized treatment of some key chapters to integrate the most current and relevant networking technologies.

Networking today involves much more than standards specifying message formats and protocol behaviors—and it is far more interesting. Professors Kurose and Ross focus on describing emerging principles in a lively and engaging manner and then illustrate these principles with examples drawn from Internet architecture.

James Kurose teaches at the University of Massachusetts at Amherst. His research interests include network protocols and architecture, network measurement, sensor networks, multimedia communication, and modeling and performance evaluation. He received his PhD from Columbia University.