Articoli correlati a On Photography 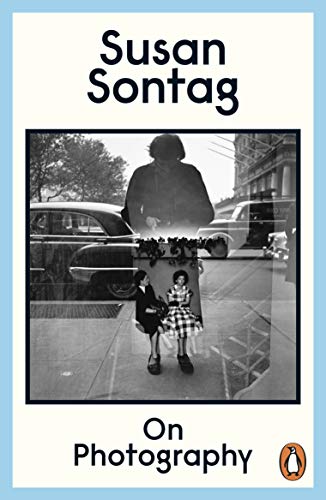 'The most original and illuminating study of the subject.' The New Yorker

Photographs are everywhere. From high art to family albums to legal evidence, they capture and document the world around us. And whether we use them to expose, reveal or remember, they hold an enduring power.

In this essential and revelatory volume, Susan Sontag confronts important questions surrounding the power dynamics between photographer and subject, the blurred boundary between lived events and recreated images, and the desires that lead us to record our lives.

'Complex and contradictory... one of America's greatest public intellectuals' Observer

'Susan Sontag offers enough food for thought to satisfy the most intellectual of appetites.' The Times

'A brilliant analysis of the profound changes photographic images have had in our way of looking at the world, and at ourselves, over the years.' Washington Post

Susan Sontag was born in Manhattan in 1933 and studied at the universities of Chicago, Harvard and Oxford. Her non-fiction works include Against Interpretation, On Photography, Illness as Metaphor, AIDS and its Metaphors and Regarding the Pain of Others. She is also the author of four novels, a collection of stories and several plays. Her books are translated into thirty-two languages. In 2001 she was awarded the Jerusalem Prize for the body of her work, and in 2003 she received the Prince of Asturias Prize for Literature and the Peace Prize of the German Book Trade. She died in December 2004.

Descrizione libro Paperback. Condizione: New. Language: English. Brand new Book. First published in 1973, this is a study of the force of photographic images which are continually inserted between experience and reality. Sontag develops further the concept of 'transparency'. When anything can be photographed and photography has destroyed the boundaries and definitions of art, a viewer can approach a photograph freely with no expectations of discovering what it means. This collection of six lucid and invigorating essays, the most famous being `In Plato's Cave,` make up a deep exploration of how the image has affected society. Codice articolo AAZ9780140053975

Descrizione libro Paperback / softback. Condizione: New. New copy - Usually dispatched within 4 working days. Offers a critique of photography that asks forceful questions about the moral and aesthetic issues surrounding this art form. This book examines the ways in which we use these omnipresent images to manufacture a sense of reality and authority in our lives. Codice articolo B9780140053975

Descrizione libro Condizione: New. 1979. New Ed. Paperback. Offers a critique of photography that asks forceful questions about the moral and aesthetic issues surrounding this art form. This book examines the ways in which we use these omnipresent images to manufacture a sense of reality and authority in our lives. Num Pages: 224 pages, illustrations. BIC Classification: AJ. Category: (G) General (US: Trade). Dimension: 195 x 130 x 15. Weight in Grams: 162. . . . . . Codice articolo V9780140053975