Brogan, Hugh The Penguin History of the United States of America

The Penguin History of the United States of America 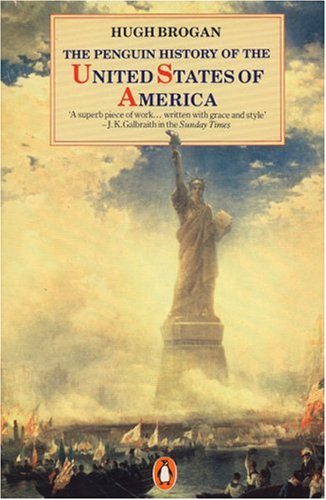 This new edition of Brogan's superb one-volume history - from early British colonisation to the fall of President Nixon - captures an array of dynamic personalities and events. In a broad sweep of America's triumphant progress. Brogan explores the period leading to Independence from both the American and the British points of view, touching on permanent features of 'the American character' - both the good and the bad. He provides a masterly synthesis of all the latest research illustrating America's rapid growth from humble beginnings to global dominance.

Hugh Brogan was educated at Repton School and Cambridge. He worked on the 'Economist' for two years before his first visit to the United States as a Harkness Fellow in 1962. He was a Fellow of St John's College, Cambridge 1963-74 and thereafter, until his retirement in 1998, taught at the University of Essex. He has several published works, the most recent of which is 'Signalling from Mars: Selected Letters of Arthur Ransome' (1997).

1. History of the United States of America, The Penguin (Penguin History) Brogan, Hugh