Articoli correlati a The Diary of a Nobody

Grossmith, George; Grossmith, Weedon The Diary of a Nobody

The Diary of a Nobody 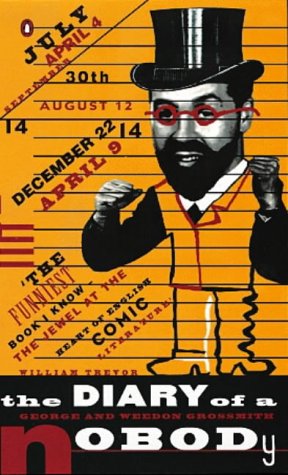 Mr Pooter is a man of modest ambition, content with his clerkly lot. So why is he always in trouble with disagreeable tradesmen, impudent young clerks and wayward friends? And what is he to do about his son Lupin's distinctly unsuitable choice of a bride? However hard he tries, life piles its little mishaps on his head - but he's not about to give up. The bumbling, absurd, yet ultimately endearing Mr Pooter is one of the great comic creations of English literature. This sharp, hilarious satire of suburban values has lost none of its sparkle one hundred years on and is the forerunner for classic TV sitcoms such as The Rise and Fall of Reginald Perrin and One Foot in the Grave.

George Grossmith was born in 1847. For some years he worked as a journalist, reporting Police Court proceedings for The Times, and in 1870 began his career as a singer and entertainer. Many of the 'chief' parts of Gilbert and Sullivan operas were his creation. He died in 1912.
Weedon Grossmith, brother of George, was born in 1854. Trained as an artist, he went on to tour with a theatrical company. The best-known of his plays, The Night of the Party, was published in 1901. He died in 1919.

The Diary of a Nobody

1. The Diary of a Nobody George Grossmith and Weedon Grossmith