Articoli correlati a A Stranger's Eye: A Foreign Correspondent's...

A Stranger's Eye: A Foreign Correspondent's View of Britain 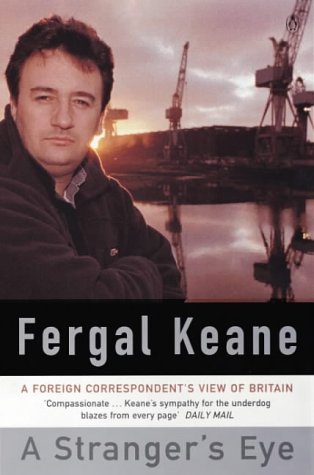 How has Britain changed since the Second World War? Do the expectations and aspirations of 1945 match up with the realities of turn-of-the-century Britain? What kind of society have we created? Fergal Keane travels the land to look for answers tothese questions. Himself an outsider, born in London but raised in Ireland, Keane listens to the stories of those on the margins: worried shipyard-workers in Glasgow, hill farmers in Wales, drug-addicted kids in Leeds, the elderly in Islington. Based on his 3-part TV series Forgotten Britain, Keane has written a compelling account of the nation today.

Fergal Keane has been correspondent for the BBC in South Africa and south-east Asia, and has also reported extensively from the Balkans and central Africa. His books include SEASON OF BLOOD (about Rwanda) which won the 1995 Orwell Prize and the bestselling LETTER TO DANIEL. He lives in Chiswick, west London.