Articoli correlati a The Penguin Book of Renaissance Verse: 1509-1659 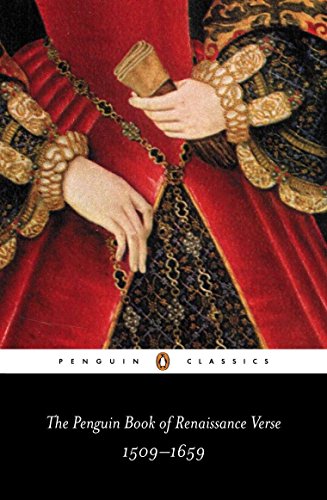 The era between the accession of Henry VIII and the crisis of the English republic in 1659 formed one of the most fertile epochs in world literature. This anthology offers a broad selection of its poetry, and includes a wide range of works by the great poets of the age - notably Sir Philip Sidney, Edmund Sepnser, John Donne, William Shakespeare and John Milton. Poems by less well-known writers also feature prominently - among them significant female poets such as Lady Mary Wroth and Katherine Philips. Compelling and exhilarating, this landmark collection illuminates a time of astonishing innovation, imagination and diversity.

David Norbrook is Fellow and Tutor in English at Magdalen College, Oxford and Lecturer in English at the University of Oxford. He is the author of Poetry and Politics in the English Renaissance (Routledge, 1984).

H. R. Woudhuysen is a lecturer in the Department of English at University College London. He has edited Samuel Johnson on Shakespeare for the New Penguin Shakespeare Library.

6. THE PENGUIN BOOK OF RENAISSANCE

7. THE PENGUIN BOOK OF RENAISSANCE