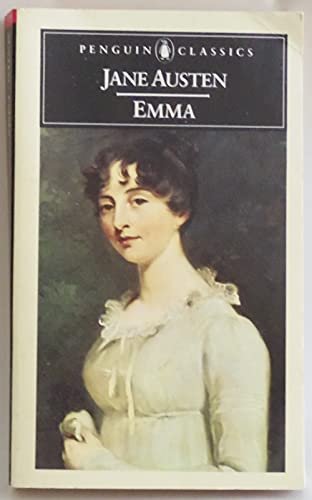 Emma Wodehouse has led a simple life, but during the course of this, she at last reaps her share of the world's vexations. In this comedy of manners, the heroine learns to come to terms with the reality of other people, and with her own erring nature.

Descrizione libro Condizione: New. As daughter of the richest, most important man in the small provincial village of Highbury, Emma Woodhouse is firmly convinced that it is her right perhaps even her "duty" to arrange the lives of others. Considered by most critics to be Austen's most technically brilliant achievement, "Emma" sparkles with ironic insights into self-deception, self-discovery, and the interplay of love and power. Codice articolo 9780140430103