Articoli correlati a The Eustace Diamonds 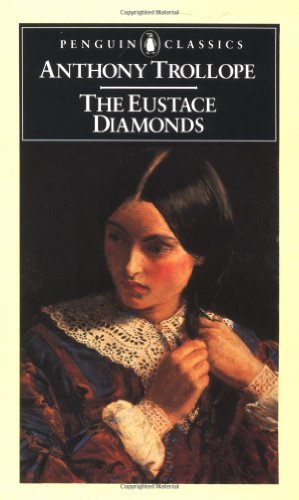 Following the death of her husband Sir Florian, beautiful Lizzie Eustace mysteriously comes into possession of a hugely expensive diamond necklace. She maintains it was a gift from her husband, but the Eustace lawyers insist she give it up, and while her cousin Frank takes her side, her new lover Lord Fawn states that he will only marry her if the necklace is surrendered. As gossip and scandal intensify, Lizzie's truthfulness is thrown into doubt, and, in her desire to keep the jewels, she is driven to increasingly desperate acts. The third in Trollope's Palliser series, The Eustace Diamonds bears all the hallmarks of his later works, blending dark cynicism with humour and a keen perception of human nature.

Anthony Trollope (1815-82) was one of the most widely enjoyed and prolific novelists of the nineteenth century. His books include the great Chronicles of Barsetshire, of which Barchester Towers is the second volume. Trollope worked for the Post Office for much of his adult life, combining postal and literary business as he travelled around the British Empire. He has been credited with the creation of the distinctive British pillar box.