Articoli correlati a The Brothers Karamazov: A Novel in Four Parts And an...

McDuff, David; Dostoyevsky, Fyodor The Brothers Karamazov: A Novel in Four Parts And an Epilogue

The Brothers Karamazov: A Novel in Four Parts And an Epilogue 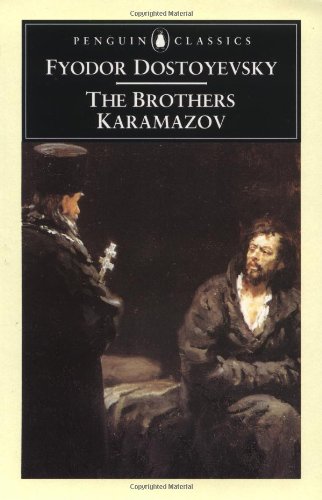 The Brothers Karamazov, Dostoevsky's crowning achievement, is a tale of patricide and family rivalry that embodies the moral and spiritual dissolution of an entire society (Russia in the 1870s). It created a national furor comparable only to the excitement stirred by the publication, in 1866, of Crime and Punishment. To Dostoevsky, The Brothers Karamazov captured the quintessence of Russian character in all its exaltation, compassion, and profligacy. Significantly, the book was on Tolstoy's bedside table when he died. Readers in every language have since accepted Dostoevsky's own evaluation of this work and have gone further by proclaiming it one of the few great novels of all ages and countries.

Fyodor Mikhailovich Dostoevsky was born in Moscow in 1821. His debut, the epistolary novella Poor Folk(1846), made his name. In 1849 he was arrested for involvement with the politically subversive 'Petrashevsky circle' and until 1854 he lived in a convict prison in Omsk, Siberia. From this experience came The House of the Dead (1860-2). In 1860 he began the journal Vremya (Time). Already married, he fell in love with one of his contributors, Appollinaria Suslova, eighteen years his junior, and developed a ruinous passion for roulette. After the death of his first wife, Maria, in 1864, Dostoyevsky completed Notes from Underground and began work towards Crime and Punishment (1866). The major novels of his late period are The Idiot (1868), Demons(1871-2) and The Brothers Karamazov (1879-80). He died in 1881.