Defoe, Daniel The Fortunes and Misfortunes of the Famous Moll Flanders

The Fortunes and Misfortunes of the Famous Moll Flanders 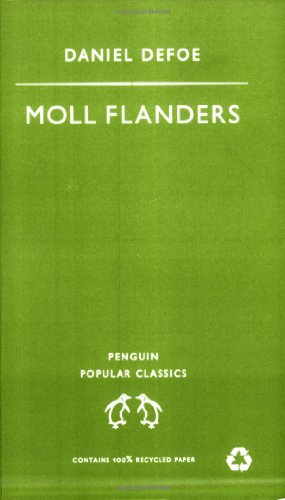 Born and abandoned in Newgate Prison, Moll Flanders is forced to make her own way in life. She duly embarks on a career that includes husband-hunting, incest, bigamy, prostitution and pick-pocketing, until her crimes eventually catch up with her. One of the earliest and most vivid female narrators in the history of the English novel, Moll recounts her adventures with irresistible wit and candour―and enough guile that the reader is left uncertain whether she is ultimately a redeemed sinner or a successful opportunist.

Based on the first edition of 1722, this volume includes a chronology, notes on currency and maps of London and Virginia in the late seventeenth century.

Daniel Defoe (c.1660-1731), one of the most famous writers in English literature, was born in London, the son of James Foe, a butcher. It was Daniel who changed his name to De Foe or Defoe in about 1705. He was interested in politics and opposed King James II. After the Glorious Revolution in 1688 and William III was on the throne, Defoe became one of his personal friends. He became a writer for the government and a satircal writer on various social issues of the time. He turned to full time writing after hearing the inspirational story of a sailor who was rescued after living alone on a desert island in the Pacific, the result being his first novel ROBINSON CRUSOE. Several other adventure stories followed, including MOLL FLANDERS.