Articoli correlati a The Scarlet Letter 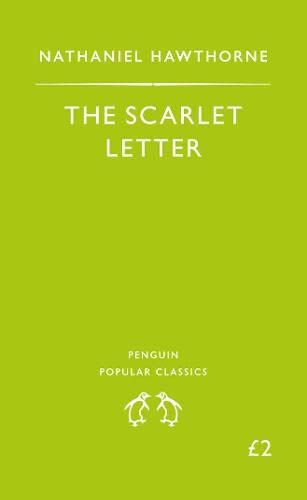 Set in the harsh Puritan community of seventeenth-century Boston, this tale of an adulterous entanglement that results in an illegitimate birth reveals Nathaniel Hawthorne's concerns with the tension between the public and the private selves. Publicly disgraced and ostracized, Hester Prynne draws on her inner strength and certainty of spirit to emerge as the first true heroine of American fiction. Arthur Dimmesdale stands as a classic study of a seld divided; trapped by the rules of society, he suppresses his passion and disavows his lover, Hester, and their daughter, Pearl. As Nina Baym writes in her Introduction, The Scarlet Letter was not written as realistic, historical fiction, but as a "romance", a creation of the imagination that discloses the truth of the human heart.

Nathaniel Hawthorne (1804-1864) was born in Salem, Massachusetts, where he wrote the bulk of his masterful tales of American colonial history. His career as a novelist began with The Scarlet Letter (1850) and also includes The house of the Seven Gables, The Blithedale Romance, and The Marble Faun.