Articoli correlati a Three Men on the Bummel

Three Men on the Bummel 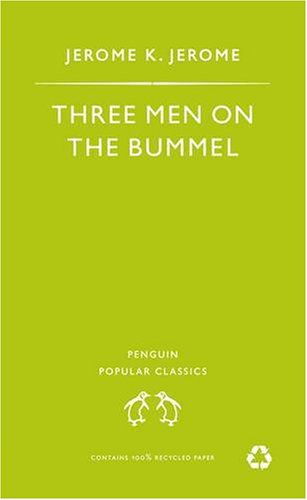 'I did not intend to write a funny book, at first' wrote Jerome J. Jerome of Three Men in a Boat, which has since become a comic classic. When J. the narrator, George, Harris and Montmorency the dog set off on their hilarious misadventures, they can hardly predict the troubles that lie ahead with tow-ropes, unreliable weather-forecasts, imaginary illnesses, butter pats and tins of pineapple chunks. Denounced as vulgar by the literary establishment, Three Men in a Boat nevertheless caught the spirit of the times. The expansion of education and the increase in office workers created a new mass readership, and Jerome's book was especially popular among the 'clerking classes' who longed to be 'free from that fretful haste, that vehement striving, that is every day becoming more and more the bane of nineteenth-century life.'

So popular did it prove that Jerome reunited his heroes for a bicycle tour of Germany. Despite some sharp, and with hindsight, prophetic observations of the country, Three Men on the Bummel describes an equally picaresque journey constrained only 'by the necessity of getting back within a given time to the point from which one started'.