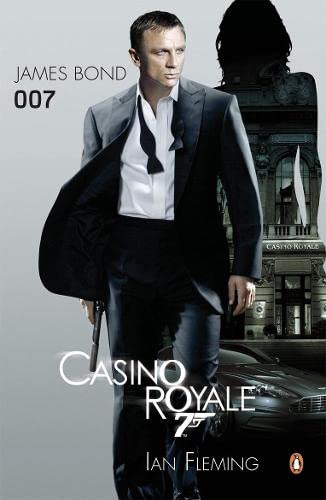 'A dry martini,' Bond said. 'In a deep champagne goblet. Three measures of Gordons, one of Vodka, half a measure of Kina Lillet. Shake it very well until it's ice cold, then add a thin slice of lemon peel. Got it?'
'Certainly, monsieur.'

Introducing James Bond: charming, sophisticated, handsome; chillingly ruthless and very deadly. This, the first of Fleming's tales of agent 007, finds Bond on a mission to neutralize a lethal, high-rolling Russian operative called simply 'The Cypher' - by ruining him at the Baccarat table and forcing his Soviet spymasters to 'retire' him. It seems that lady luck is taken with James - The Cypher has hit a losing streak. But some people just refuse to play by the rules and Bond's attraction to a beautiful female agent leads him to disaster and an unexpected saviour ...

Born in London in 1908, Ian Fleming worked as a banker and journalist before serving in the British Naval Intelligence during WWII. He published his first novel Casino Royale in 1953 and thus started the astoundingly successful Bond novels and films. Fleming died in 1964.