Articoli correlati a The Giant Jumperee 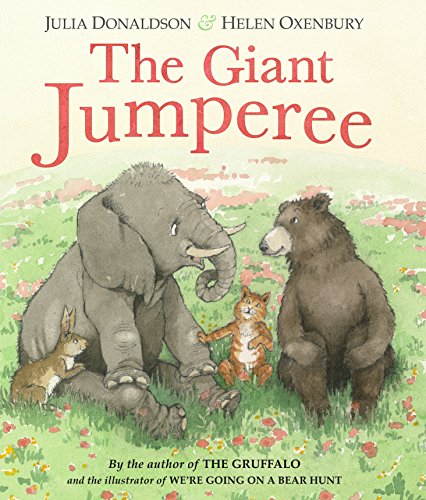 Rabbit was hopping home one day when he heard a loud voice coming from inside his burrow.
"I'M THE GIANT JUMPEREE
AND I'M SCARY AS CAN BE!"

When Rabbit's friends Cat, Bear and Elephant come to help they are each scared away in turn by the mysterious voice.

He can squash you like a flee
He will sting you like a bee
And he's taller than a tree!

But who is the Giant Jumperee?

Julia Donaldson was born in 1948. She grew up in London and studied at Bristol University. She worked for a few years in publishing and as a teacher, while also writing and performing songs and street theatre with her husband Malcolm, and writing and directing two musicals for children. She has written over a hundred books and plays for children and teenagers, including the award-winning stories The Gruffalo, Room on the Broom and Superworm, which are among the UK's best-selling picture books. Julia has won many awards, including the Smarties and Blue Peter Awards and was the children's laureate 2011-2013. Julia Donaldson lives in Sussex with her husband, Malcolm, who often joins her on stage for their sell-out singalong shows.