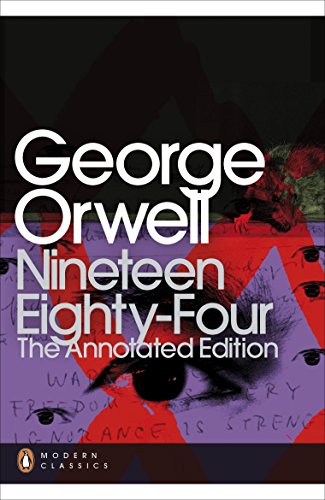 This is the essential edition of the essential book of modern times, 1984, now annotated for students with an introduction by D. J. Taylor.

Ever since its publication in 1949, George Orwell's terrifying vision of a totalitarian regime where Big Brother controls its citizens like 'a boot stamping on a human face' has become a touchstone for human freedom, and one of the most widely-read books in the world. In this new annotated edition Orwell's biographer D. J. Taylor elucidates the full meaning of this timeless satire, explaining contemporary references in the novel, placing it in the context of Orwell's life, elaborating on his extraordinary use of language and explaining the terms such as Newspeak, Doublethink and Room 101 that have become familiar phrases today.

Descrizione libro Condizione: New. Brand New Paperback International Edition.We Ship to PO BOX Address also. EXPEDITED shipping option also available for faster delivery.This item may ship from the US or other locations in India depending on your location and availability. Codice articolo ABBNN-35469