Articoli correlati a Frankenstein: The 1818 Text 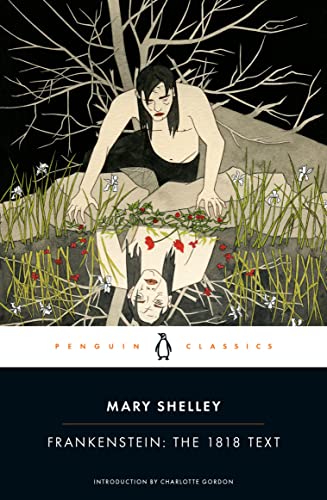 This edition is the original 1818 text, which preserves the hard-hitting and politically charged aspects of Shelley's original writing, as well as her unflinching wit and strong female voice. This edition also includes a new introduction and suggestions for further reading by author and Shelley expert Charlotte Gordon, literary excerpts and reviews selected by Gordon and a chronology and essay by preeminent Shelley scholar Charles E. Robinson.

“Frankenstein is as efficient and resonant a reference today as it was in 1818. . . In this bicentennial year, much will be written about Frankenstein, its adaptations, and whether there exists a definitive or superior version of the novel. . . The 1818 Text is reflective of the thrill and nervous energy that ushered in a new era of science and society. . . But part of what makes it a little unsettling is what makes it so interesting: The chance to watch a 200-year-old novel develop. In a story that's reflected so much of the last two hundred years, and centers so much on choices, storytelling, and the potential for change, it only makes sense that Frankenstein reflects changes within its own creator”
—Genevieve Valentine, NPR

Mary Shelley (1797-1851), the daughter of pioneering thinkers Mary Wollstonecraft and William Godwin, eloped with the poet Percy Shelley at the age of sixteen. Three years later, during a wet summer on Lake Geneva, Shelley famously wrote her masterpiece, Frankenstein. The years of her marriage were blighted by the deaths of three of her four children, and further tragedy followed in 1822, when Percy Shelley drowned in Italy. Following his death, Mary Shelley returned to England and continued to travel and write until her own death at the age of fifty-three.

3. Frankenstein: The 1818 Text (Paperback or Softback)

Descrizione libro Penguin Classics, 2018. Paperback. Condizione: New. Paperback. 2018 marks the bicentennial of Mary Shelley's seminal novel of the scientist whose creation becomes a monster. This edition is the original 1818 text, which preserves the hard-hitting and.Shipping may be from multiple locations in the US or from the UK, depending on stock availability. 352 pages. 0.220. Codice articolo 9780143131847