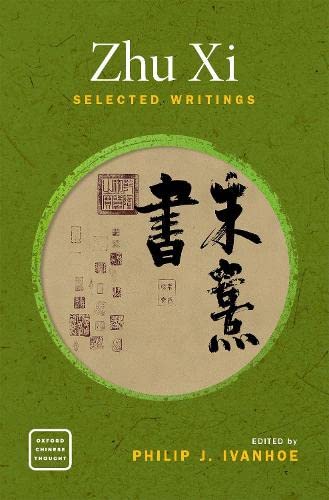 Descrizione libro Oxford University Press Inc, United States, 2019. Paperback. Condizione: New. Language: English. Brand new Book. This volume contains nine chapters of translation, by a range of leading scholars, focusing on core themes in the philosophy of Zhu Xi (1130-1200), one of the most influential Chinese thinkers of the later Confucian tradition. It includes an Introduction to Zhu's life and thought, a chronology of important events in his life, and a list of key terms of art.Zhu Xi's philosophy offers the most systematic and comprehensive expression of the Confucian tradition; he sought to explain and show the connections between the classics, relate them to a range of contemporary philosophical issues concerning the metaphysical underpinnings of the tradition, and defend Confucianism against competing traditions such as Daoism and Buddhism. He elevated the Four Books-i.e. the Analects, Mengzi, Great Learning, and Doctrine of the Mean-to a new and preeminentposition within the Confucian canon and his edition and interpretation of these four texts was adopted as the basis for the Imperial Examination System, which served as the pathway to officialdom and success in traditional Chinese society. Zhu Xi's interpretation remained the orthodox tradition until thecollapse of the Qing dynasty (1644-1911) and exerted a profound and enduring influence on how Confucianism was understood in Korea, Japan, and Vietnam. Codice articolo AOP9780190861261

Descrizione libro Oxford University Press, 2019. Paperback. Condizione: New. Paperback. This volume contains nine chapters of translation, by a range of leading scholars, focusing on core themes in the philosophy of Zhu Xi (1130-1200), one of the most influential Chinese thin.Shipping may be from multiple locations in the US or from the UK, depending on stock availability. 224 pages. 0.344. Codice articolo 9780190861261