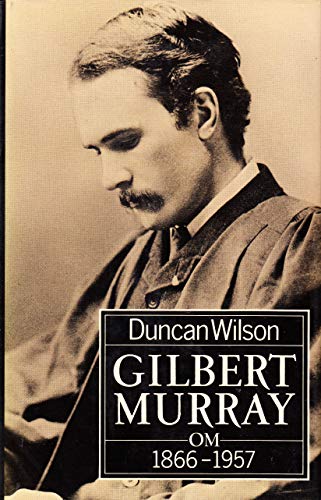 Born in Australia, Gilbert Murray came to England at the age of 11. After a brilliant career in Classics at Oxford, he became Professor of Greek at Glasgow at the age of 23. He was subsequently appointed Regius Professor of Greek at Oxford a post he held for 28 years, and was still deeply engaged with the subject when he died at the age of 91. After World War I he was determined to work for peace and disarmament and was Chairman of the League of Nations Union until 1938, in addition to his professorial duties. His biographer, Sir Duncan Wilson, himself a distinguished classical scholar, writes of Murray's classical work, and of his controversial free translations of Greek plays performed in London theatres by famous actors and actresses. The book also examines his marriage into the aristocratic Liberal family of the Howards, Earls of Carlisle; his espousal of their causes; his family vicissitudes; his wide-ranging friendships; and his beliefs.