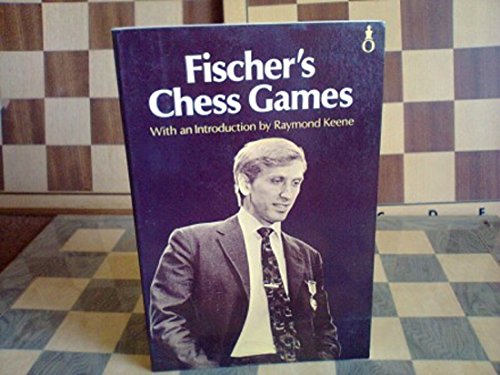 Descrizione libro Oxford University Press, 1979. Condizione: Good. A+ Customer service! Satisfaction Guaranteed! Book is in Used-Good condition. Pages and cover are clean and intact. Used items may not include supplementary materials such as CDs or access codes. May show signs of minor shelf wear and contain limited notes and highlighting. Codice articolo 0192175661-2-4

Descrizione libro University Press, Oxford, 1980. Softcover. Condizione: Very Good. First Edition. introduction by Raymond Keene, in English, German, French, Russian (and two other languages I'm unfamiliar with), which is also true of the part dealing with Fischer's Tournament and Match Record, on how to use the book and symbols used within the book. At the end of the book is a list of players. Photographic card cover, showing Bobby Fischer, with pale gold and gold coloured titles to the front panel and pale gold coloured titles to the backstrip. "Robert James Fischer is perhaps the most controversial, the most written-about and most talented chess-player of all time. But he has not played a serious game since the notorious match with Boris Spassky at Reykjavik in 1972 when he won by 12 1/2-8 1/2 to become the first player from the United States to win the World Championship. Whether or not Bobby Fischer emerges to play again, his games will survive as a monument to his skill and, in particular, to a style which demonstrates so clearly the player's intense will to win. With the exception of the introduction the entire work is languageless because it is printed in figurine algebraic notation of the form approved by the World Chess Federation with internationally accepted symbol is explained in a number of important languages." From the rear panel blurb. Minor creasing to the book corners and rubbing to the book edges and panels. Very light age toning of the textblock edges. Size: Trade Paperback. [4], V - XXVI, 166 pages, Please refer to accompanying picture (s). Quantity Available: 1. Category: Sports & Pastimes; Chess; ISBN: 0192175661. ISBN/EAN: 9780192175663. Inventory No: 0115590. Codice articolo 0115590