Articoli correlati a Setting the East Ablaze: On Secret Service in Bolshevik...

Setting the East Ablaze: On Secret Service in Bolshevik Asia 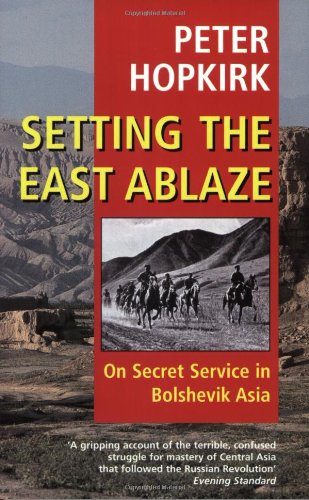 Peter Hopkirk's book tells for the first time the story of the Bolshevik attempt between the wars to set the East ablaze with the new gospel of Marxism. Lenin's dream was to liberate the whole of Asia, but his starting point was British India. A shadowy, undeclared war followed. Among the players in this new Great Game were British Indian intelligence officers and the professional revolutionaries of the Communist International. There were also Muslim visionaries and Chinese warlords - as well as a White Russian baron who roasted his Bolshevik captives alive. Here is an extraordinary tale of intrigue and treachery, barbarism and civil war, whose echoes continue to be heard in Central Asia today.