Articoli correlati a Human Nature and the Corpore Politico: Elements of...

Human Nature and the Corpore Politico: Elements of Law 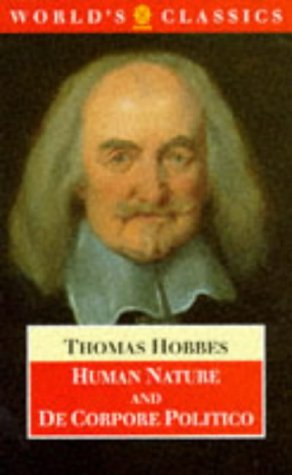 Thomas Hobbes was the first great philosopher to write in English. His account of the human condition, first developed in "The Elements of Law" (1640) comprises "Human Nature" and "De Corpore Politico", is a direct product of the intellectual and political strife of the 17th century. It is also a remarkably penetrating look at human nature, and a permanently relevant analysis of the fears and self-seeking that result in the war of "each against every man". In "The Elements of Law" Hobbes memorably sets out both the main lines of his general philosophy, later augmented in "De Corpore" (1655), and the moral and political philosophy later made famous in "Leviathan" (1651). Copies of "Human Nature" and "De Corpore Politico", until 1889 printed as seperate works, are rare antiques or scarcely less rare scholarly texts - this is the first complete popular edition. It is here supplemented by chapters from "De Corpore" and "Three Lives", two texts from Hobbes's original Latin. These have never before been published together in English. This volume should be of interest to undergraduate students of philosophy, politics and political history, especially relevant to the 17th century. J.C.A. Gaskin is the editor of "Dialogue Concerning Natural Religion" and "The Natural History of Religion".