Articoli correlati a The Flight to Italy, Diary and Selected Letters

The Flight to Italy, Diary and Selected Letters 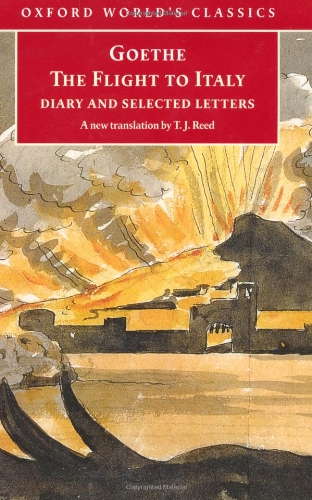 This is the authentic day-to-day record of the first eight weeks of freedom as Germany's greatest poet heads for the Italy he has been yearning to see since childhood and finds himself in a new world of warmth and light. Leaving behind the difficulties of a decade in Weimar, the burden of administration, a difficult love-affair, and the frustration of not having time to work on his literary projects, he discovers himself again as a sensuous being and an artist. Goethe's fresh and spontaneous notes, sometimes dashed down at crowded tables in primitive Italian inns, bring together art and nature, Antiquity and the Renaissance, aesthetics and science, observations of climate, rocks, plants and the Italian people, in an unpremeditated mixture through which the poet's mature vision of the natural and human world can be seen taking shape. Never before translated into English, this diary brings us close to a great European writer at a turning-point of his life.

T.J. Reed is a Fellow of the British Academy and Taylor Professor of German at the University of Oxford.