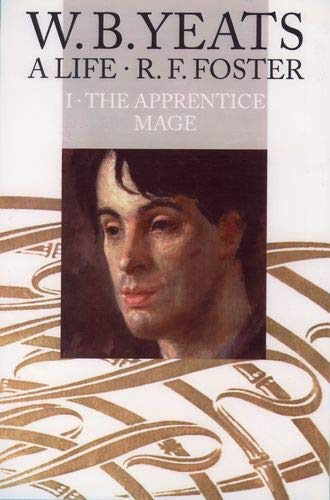 In the first authorized biography of W. B. Yeats for over 50 years, Roy Foster brings new light to one of the most complex and fascinating lives of the late nineteenth and early twentieth century. Working from a great archive of personal and contemporary material, he dramatically alters traditional perceptions to illuminate the poet's family history, relationships, politics, and art.

From a childhood inheritance of déclassé Irish Protestantism with strong nationalist sympathies, and an exceptional and talented family background, the narrative charts his development into a great poet. It ends in his 50th year with the controversies and disillusionment affecting his personal and public life at the time of the First World War. A bohemian life of uncertain finances, love-affairs, avant-garde friends and experiments with drugs and occultism prefaces his attempt to unite politics with high culture and his creation of an Irish national theatre. Constantly shifting between Dublin, Coole Park and London, with forays to America and Paris, ruthlessly constructing a public life as well as a creative reputation, Yeats's genius attracted admirers and enemies with equal passion. His story intersects with those of an engrossing cast of characters including Lady Gregory, J. M. Synge, George Moore, 'AE', Ezra Pound and above all Maud Gonne - an influence eternally re-created 'like the phoenix', affecting everything he did.

The search for supernatural wisdom forms a constant thread, traced through Yeats's occult notebooks and closely related to the insecurities of his personal life. The Apprentice Mage charts the growth of a poet's mind and of an astonishing personality, both of which were instrumental in the formation of a new and radicalised Irish nationalist identity.

will remain a central text for all admirers of Yeats (Peter Ackroyd, The Times)

an instant classic - such style, wise humour and airy scholarship ... one to keep close by (The Sunday Telegraph)

the fullest and most reliable account of Yeats's career ... required reading (John Kelly, The Irish Times)

biography on the heroic scale (John Carey, The Sunday Times)

R. F. Foster is Carroll Professor of Irish History at Oxford University. Renowned as an Irish historian and biographer, his previous books include Modern Ireland 1600-1972 and The Oxford Illustrated History of Ireland, as well as biographies of Charles Stewart Parnell and Lord Randolph Churchill. Roy Foster was born in Waterford, Ireland, in 1949 and educated in Ireland and in the United States. A graduate of Trinity College, Dublin, where he was a Foundation Scholar in History, he subsequently became Professor of Modern British History at Birkbeck College, University of London, as well as holding visiting fellowships at St Anthony's College, Oxford, the Institute of Advanced Study, Princeton, and Princeton University. In 1991 he became the first Carroll Professor of Irish History at the University of Oxford and was elected a Fellow of Hertford College. He has been a Fellow of the British Academy since 1989.