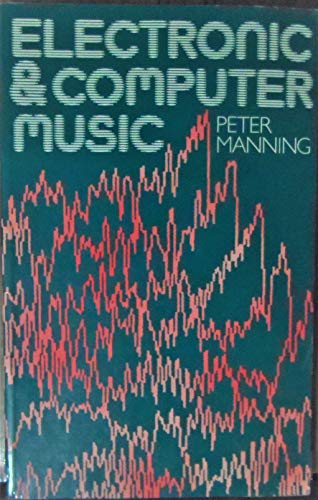 This book, first published in hardback in 1985, studies the development of electronic and computer music from its birth to the present day. After an introductory chapter on the antecedents of electronic music from the turn of the century, it examines the development of the early "classical" studios of the 1950s, both in terms of design philosophy and compositional output. A chapter devoted to the characteristics of voltage control technology leads to a study of the subsequent upsurge of creative activity - in tape works, live electronic music, and the use of electronics in rock and pop. Attention is then turned to the sphere of computer music, and its rapid development over the last two decades. The book includes a bibliography and an extensive discography. Its primary objective is to provide a critical perspective of the medium both in terms of its musical output and the philosophical and technical features that have shaped its growth. This book is intended for all those interested in contemporary and avant-garde music, and the applications of electronics and computers to music, teachers and students of music, composers, and recording technicians.

Peter Manning completed a doctorate in electroacoustic music at the University of Durham, and has been the director of its Electroacoustic Music Studio since 1980. In addition to writing books and articles on the history and development of the medium, he has directed several research programs into new technologies for computer music and composed a number of widely performed electroacoustic works.