Articoli correlati a The Cuban Revolution: Origins, Course, and Legacy 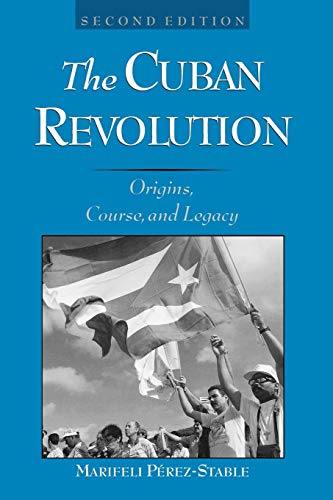 This timely study provides a re-examination of the achievements and failures of the Cuban revolution. The Cuban Revolution places the revolution firmly within the context of twentieth century Cuban history, beginning with the inauguration of the republic in 1902 to Castro's triumphant entry into Santiago de Cuba in 1959, and hightlights the factors ― such as a one-crop (sugar) economy and U.S. intereference in Cuban affairs ― which made Cuba susceptible to revolution. While identifying nationalism and the struggle for social justice as the legitimate forces behind the revolution, Perez-Stable also provides a fresh insight into the problems facing Castro's Cuba. Arguing that the revolution actually ended in 1970, she blames its defeat on the regime's profitable yet doomed dependence on the Soviet Union and on the failure of Cuba's leaders to diversity the country's economy, sustain development, or create democratic institutions. The Cuban Revolution also focuses special attention on Cuba's confrontation with the United States.
This second edition has been updated to include an entirely new chapter with coverage of the changes affecting Cuba's policies and economy since the disintegration of the Soviet Union and the failure of communism in general, as well as a new preface, an up-to-date bibliography, and a thoroughly revised concluding chapter summing up the prospects and possibilities of Cuba's future in the twenty-first century.