Articoli correlati a Dharma: Its Early History in Law, Religion, and Narrative

Dharma: Its Early History in Law, Religion, and Narrative 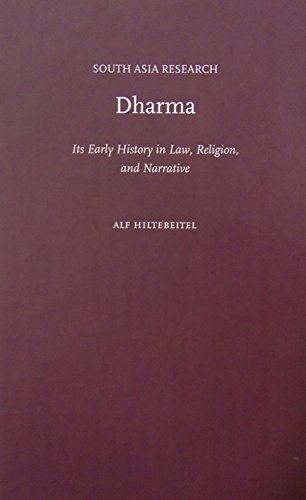 Between 300 BCE and 200 CE, concepts and practices of dharma attained literary prominence throughout India. Both Buddhist and Brahmanical authors sought to clarify and classify their central concerns, and dharma proved a means of thinking through and articulating those concerns.

Alf Hiltebeitel shows the different ways in which dharma was interpreted during that formative period: from the grand cosmic chronometries of kalpas and yugas to narratives about divine plans, gendered nuances of genealogical time, royal biography (even autobiography, in the case of the emperor Asoka), and guidelines for daily life, including meditation. He reveals the vital role dharma has played across political, religious, legal, literary, ethical, and philosophical domains and discourses about what holds life together. Through dharma, these traditions have articulated their distinct visions of the good and well-rewarded life.

This insightful study explores the diverse and changing significance of dharma in classical India in nine major dharma texts, as well some shorter ones. Dharma proves to be a term by which to make a fresh cut through these texts, and to reconsider their own chronology, their import, and their relation to each other.

This rich book must become essential reading for everyone with an interest in Indic religion, history, and culture. (Religious Studies Review)

Alf Hiltebeitel's publications and research have taken him back and forth between the Mahabharata and fieldwork on the south Indian Draupadi cult. From this tandem project, his work branches out into related texts, most notably the Ramayana; other cults, including other Tamil Mahabharata cults and ones related to other regional Indian oral epics similar to the Draupadi cult Mahabharata; and into an attempt to understand the Indian concept of dharma.