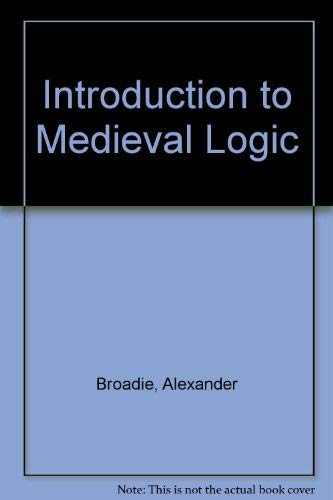 Medieval logicians advanced far beyond the logic of Aristotle, and this book demonstrates the magnitude of their achievement. The author focuses on the work of some of the great figures of the fourteenth century - including Walter Burley, William Ockham, John Buridan, Albert of Saxony, and Paul of Venice and deals systematically with their theories of truth conditions and validity conditions. Among the topics taken up in the book are the medieval exposition of the quantifier shift fallacy, and the rules of valid inference devised to deal with arguments whose premises are not all present-tensed. The first book devoted to a systematic exposition of the logic of the Middle Ages, this study reveals how much of what seems characteristically twentieth-century logic was familiar long ago, and it also holds out the hope that medieval logic may yet contribute to the solution of twentieth-century problems. Readership: students of medieval logic and philosophy; and the philosophy of language.