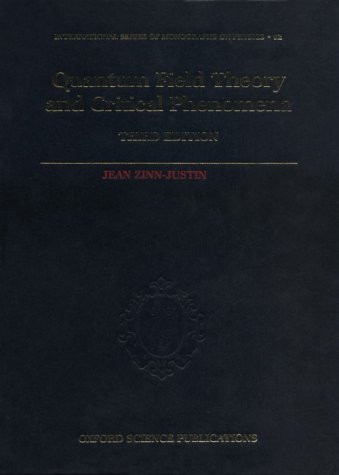 Describes particle physics and critical phenomena in statistical mechanics in a unified framework, incorporating graduate lecture notes from the 1970s and 1980s at several universities in Europe and the US. Deals with general field theory, functional integrals, and functional methods; renormalization properties of theories with symmetries and specific applications to particle physics; lattice gauge theories and asymptotic freedom in four dimensions; and the role of instantons and the application of instanton calculus to the large-order behavior of perturbation theory and the problem of summation of the perturbative expansion. Several chapters close with exercise, solutions or hints for which are provided. No dates are noted for the previous editions. Annotation c. by Book News, Inc., Portland, Or.