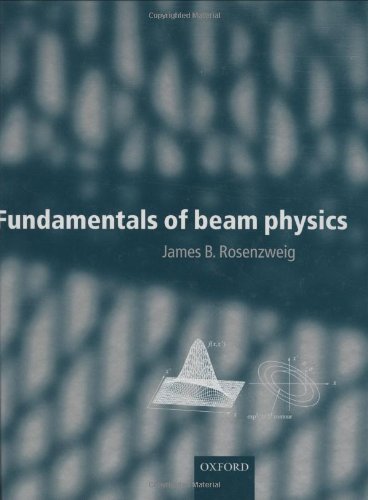 This book presents beam physics using a unified approach, emphasizing basic concepts and analysis methods. While many existing resources in beams and accelerators are specialized to aid the professional practitioner, this text anticipates the needs of physics students. The central concepts underpinning the physics of accelerators, charged particle, and photon beams are built up from familiar, intertwining components, such as electromagnetism, relativity, and Hamiltonian dynamics. These components are woven into an illustrative set of examples that allow investigation of a variety of physical scenarios. With these tools, single particle dynamics in linear accelerators are discussed, with general methods that are naturally extended to circular accelerators. Beyond single particle dynamics, the proliferation of commonly used beam descriptions are surveyed and compared. These methods provide a powerful connection between the classical charged particle beams, and beams based on coherent waves - laser beams. Aspects of experimental techniques are introduced. Numerous exercises, and examples drawn from devices such as synchrotrons and free-electron lasers, are included to illustrate relevant physical principles.

I have no doubt that it will become the text of choice at the leading universities. (P. O'Shea, University of Maryland)

James Rosenzweig is a professor of physics at UCLA, where he is the director of the Particle Beam Physics Laboratory. He actively pursues experimental and theoretical research into the physics of intense beams, high-field accelerators, free-electron lasers, ultra-fast beam diagnosis, beam-plasma interaction, plasma wake-field acceleration, and laser acceleration.