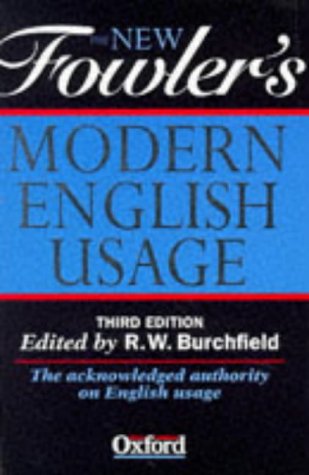 This new edition, edited by the Oxford lexicographer Dr Robert Burchfield, brings this historical survey of the language up-to-date. All major usage points have been reconsidered and judged in the light of the language of the 1990s, and there are new insights into modern English usage. Usage points are explained using a wide variety of examples from literature, the media and the spoken word, with emphasis on British and American-English, plus examples from South African and Australian-English where appropriate. Wherever possible, quotations are attributed to named and dated sources. There is full treatment of the great linguistic debates of the century: for example, the questioning of traditional linguistic assumptions by feminists, by opponents of racial and religious discrimination, and those lobbying for political correctness. Treatment is given of gobbledegook, split infinitives, placing prepositions at the end of clauses, and other changing patterns in the use of the language. For ease of use, there is a helpful analytical index along with pronunciation advice throughout in IPA. Written with access to OUP's computerized language and quotation databases, the information given throughout is authoritative and well researched, as well as providing an entertaining look at the language. Holding the book together is the author's firm enthusiasm in the language and his belief that English is not "going to the dogs", merely undergoing the kind of radical changes which have been matched by earlier centuries.