Articoli correlati a Historical and Biblical Israel: The History, Tradition,...

Kratz, Reinhard G. Historical and Biblical Israel: The History, Tradition, and Archives of Israel and Judah

Historical and Biblical Israel: The History, Tradition, and Archives of Israel and Judah 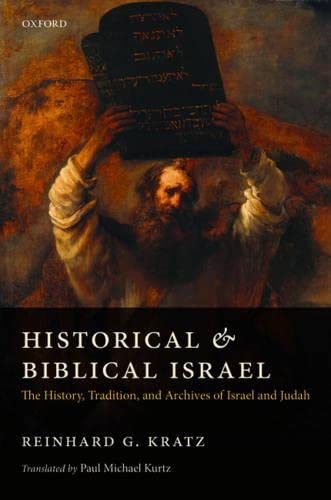 At the center of this book lies a fundamental yet unanswered question: under which historical and sociological conditions and in what manner the Hebrew Bible became an authoritative tradition, that is, holy scripture and the canon of Judaism as well as Christianity. Reinhard G. Kratz answers this very question by distinguishing between historical and biblical Israel. This foundational and, for the arrangement of the book, crucial distinction affirms that the Israel of biblical tradition, i.e. the sacred history (historia sacra) of the Hebrew Bible, cannot simply be equated with the history of Israel and Judah. Thus, Kratz provides a synthesis of both the Israelite and Judahite history and the genesis and development of biblical tradition in two separate chapters, though each area depends directly and inevitably upon the other. These two distinct perspectives on Israel are then confronted and correlated in a third chapter, which constitutes an area intimately connected with the former but generally overlooked apart from specialized inquiries: those places and "archives" that either yielded Jewish documents and manuscripts (Elephantine, Al-Yahudu, Qumran) or are associated conspicuously with the tradition of the Hebrew Bible (Mount Gerizim, Jerusalem, Alexandria). Here, the various epigraphic and literary evidence for the history of Israel and Judah comes to the fore. Such evidence sometimes represents Israel's history; at other times it reflects its traditions; at still others it reflects both simultaneously. The different sources point to different types of Judean or Jewish identity in Persian and Hellenistic times.

[T]he volume presents a complex, but well-documented and argued historical-critical view of how biblical Judaism, a movement that initially was one sect among many theologically and politically diverse 'non-biblical' Jewish groups, somehow came to dominance. (Jeffrey P. Hudon, Reading Religion)

1. Historical and Biblical Israel: The History, Tradition, and Archives of Israel and Judah

Descrizione libro Oxford University Press, 2016. Hardcover. Condizione: Good. A+ Customer service! Satisfaction Guaranteed! Book is in Used-Good condition. Pages and cover are clean and intact. Used items may not include supplementary materials such as CDs or access codes. May show signs of minor shelf wear and contain limited notes and highlighting. Codice articolo 0198728778-2-4